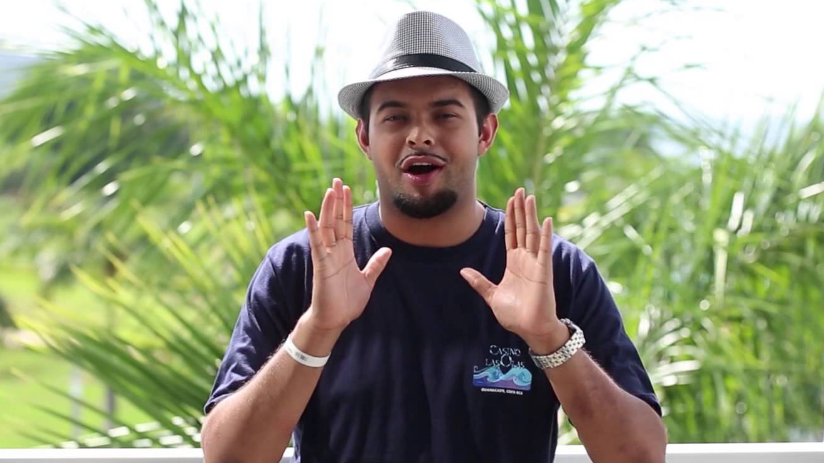 Hello, here is Sílvio Fortunato, with one more interview. An interview with a very special friend of mine, Mr. Shaqir Hussyin.

I started this project and along these two years, I connected with the top 5 leaders of this industry.Over these two years, I’ve made two million dollars in sales. But now, I’ve decided I need again to go to the next level. And for me, the next level is to do my business much faster and I need to run things more automatically, so I can have more free time and a different lifestyle.

As such, I had to connect with someone who knows what is like to be incredibly successful and to have the lifestyle I want, Mr. Shaqir Hussyin. He is one of the youngest millionaires on the Internet, running three different projects, with the greatest speed I’ve ever seen in my life. He has made several million dollars.

He rarely gives interviews, so I paid 20,000 dollars to connect with him and I am really grateful that he can help and teach all my audience.

How did you start in this business?

One of the secrets to his success is the search for people who already know what they were doing. To find mentors and to make partnerships and taking benefits from each one’s experience and keep moving forward.

He started in this business 5 years ago. At that time we would save all his money to invest in systems he thought would make him rich. However, today he says the most important is what is within us, our value.It is the value we have in the marketplace that give us money.

He just came back from Australia. He says the first two years he’s been there were the hardest years of his life. He would stay up all night trying to figure out how all the system worked.Now, sometimes he still does it, but it is his choice. He chooses to work hard because it is what he desires. He doesn’t need it, he doesn’t have a boss who tells him to. He just wants to.

After going through some bad experiences in his personal and romantic life, Shaqir realized the value he had. He was successful and he had a lot of people working for him all over the world. And how did he become successful? He, just like me, found someone who with 27 years old at the time, was travelling all around the world, was having fun and making millions of dollars.

One of the biggest lessons he learned from his journey is that you can speed up your success by finding people that are already getting the results you desire.

The last five years were not easy. When he started making money, his success began to go to his head. He didn’t know how to behave, he started being arrogant with a snobby behavior until he lost the money. He was attracting all the wrong people, hanging out with models, actresses, driving a Rolls Royce. At the time, he was having fun and he thought that was what he was going to do for the rest of his life. However, within two years, he had his back account back not to zero, but minus 280,000 dollars.  At that time he told himself he would keep working, keep praying and he would make it.

In his first year after he made 1.2 million dollars, in the next he double it, and in last year he made 3.6 million dollars. This year, his goal is to make between 10 to 25 million. He is tracking that goal and he wants to help others doing the same, like he was helped in the pass. Before his only focused was himself, but now he also thinks about the others.

When you started all over again, what were the main things you did to get back to the one million dollars?

There are two things that came to his mind. First, you have to believe you can do it, that you can make millions, like Shaqir, and to be in contact with people who do it too.He had lost all of his money, but he knew he could start making millions again, because he kept what is most important, his mind.

Can you name three things you do daily that got you the one million in one year?

As crazy as it may sound, 80% is mindset. The mindset he has is simple: he doesn’t care for anyone. He just wants the one or two coaches he has around him and he is going to listen only to what they say. It was with that mindset that he started approaching his business.

There are five areas you want to focus on: you, your customers, your systems, your market and your marketing.Under these five pillars, what you want to focus on are the three things you can manage yourself: creativity, leadership and productivity. With those three things you and the five top pillars, we can create a big impact. First, you have email your list every single day. Second, find a way to attract more customers. The number three is to create more offers to sell to your existing customers. That’s how you will make your fortune.

Sometimes we overcomplicate everything with a lot of information. If we focused on what we are told by one or two people, things start to rise.

What were the mistakes you avoided in the second time?

The biggest mistake he has probably done was not launch more products and services early on. If he had done it, he’d probably earn twice as much. He was lazy and he didn’t have the confidence to do it. Now, he recommends you to launch new products every single month: a new event, a new seminar or a new book. Whatever it is, you have to keep feeding.

If it were today, he would also begin to build his list early on. In this business the money is the relationship you have with your subscribers. It is all about how they see you and the value you provide to them. What took his income to the next level was starting to do a lot of events, and until the end of this year, he’s going to be doing 2 events every single month.

Do you think you need a different structure depending on the level you are?

Yes. From zero to a million, you need to have pure hard work. Hard work, coaching and people giving you stuff. Besides, you need to have one offer (a message) that you can email every single day, and you can sell as much as you can. Keep it very focused and very narrow, and work very hard on it.

When you become the leader of the list, you are a six figure earner. When you become the leader of your tiny little industry, you become a seven figure earner. When you’re a global icon and the whole industry knows you and wants to connect with you, that’s when you earn eight figures. You can get to six and seven figures by having hundreds of customers, but to get to eight figures, you need thousands of customers. To get there you need a team, and each member of that team needs to have their own team and they have also to be market leaders. And to get to the 100.000.000$, nine figures, that has to be even deeper. You need to have several levels of teams.

What kind of team you need to have to get to the top?

You can love Internet Marketing, but most important is to build your own business. It has to be always around you. That is one part of it.

As soon you are making more than 5.000 dollars per month, by my experience, you need to hire someone. You need someone that can give you “peace of mind”. That person will make you the things you are not good at.When you know that things are being taken care of, you become available to create, to think and to do whatever you want.

When you’re making 10.000 dollars a month, you need to start creating your own “sales team”. When he was making six figures, he hired someone and his income doubled. He was making millions and did it again and the result was the same. This year he is going to hire at least more 5 people.

One of his mistakes hiring was to hire friends and family. He hired a cousin, things got complicated and he lost 100.000$. Another mistake is to develop talent instead of recruiting talent. In the beginning, it is ok to develop talent but when you’re making more than 20.000$ a month, you need to find people that are already talented.

People need to understand that to play the big league, to earn the millions, we need to have really good people around us to help with this purpose.

We need to automatize things as much as we can to free us to the things we’re really good at, to create and to command a team.

Thanks Shaqir and thank you all. See you in the next video.

To work directlly with me www.networking-power.com/f1jnen