PS: The Earnings on the video are not up to date.

Who is Sílvio Fortunato and Cesarina Gomes

Sílvio Fortunato finished his studies very early. He didn?t even finish High school. He really wanted to grow. He wanted to be an entrepreneur and an Academic Degree didn?t seduce him.

He was still young when he had contact with Net Marketing. Since then, he has been one of the most important people among the Portuguese language.

Over the last 15 years, he has been interested in developing Net Marketing with Internet Marketing, with the strong goal of amending all the gaps that he had found on those two huge tendencies. Today, he is one of most respect Portuguese language?s Internet Marketer on the market.

He was one of the responsible people for the Internet Marketing in Portuguese to be a reality nowadays, teaching and helping many people that stand out today in this industry, taking their first steps.

He is known as the father of Attraction Marketing in Portuguese.

Author of the book “O facilitador” 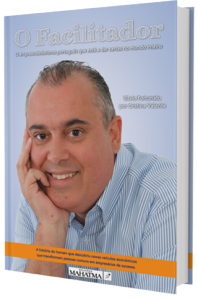 Sílvio Fortunado defines himself as a Facilitator.

PS: My mother language in not English, so I apolagize if in all documentation in English you will find some errors, I’m a perfectionist, but I believe that it’s better a few errors that don’t make things that challenge us, produce content in English is a change for me, I appreciate you and I believe the most important thing at the end is the message.