A man can change the world ? 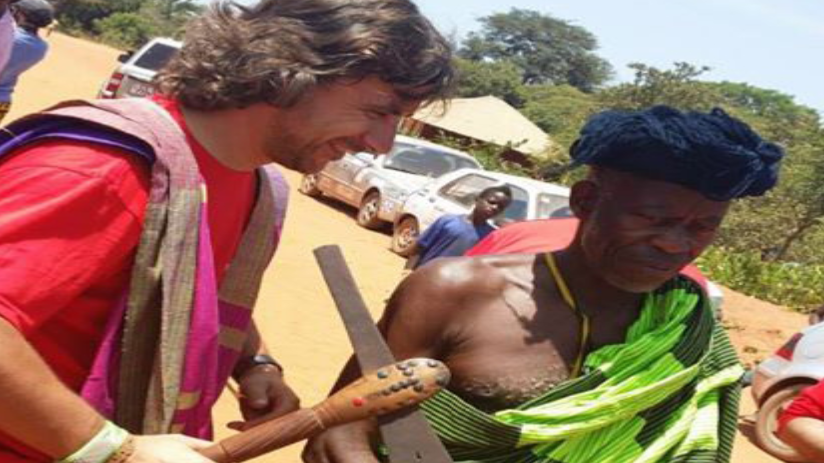 Yes he can, my dear Friend Nuno Rebocho is one of the men that is changing the world.

I fall in love with his Dream and his vision and now is my dream and my vision too !

Nuno is an amazing person and a devoted entrepreneur. He is involved in several businesses such as construction and his wife is a successful lawyer working in a City Hall. They came to me in a very special way. About one year and a half ago we started this project and to him it’s a challenge. He loves it. He and his wife had the dream to help people that needed assistance and they work with social events with IPSS, an institution that takes care of social causes. Despite that, they don’t have time for themselves in their jobs. Nuno is a busy business man and Rita is too. She also works in the social area. They don’t have time for themselves and to use the money they earn. Lazy Millionaires and Empower Network gave them the idea of what they can do in the social area with this type of vehicle. He thinks they can help as many people as they want. They want to change people’s lives and they want to give back to the community. When he and Rita arrived to Lazy Millionaires, they felt that all the members like to help others but they usually don’t know how to do it. It’s their job to find different ways so that all the members can help the less fortunate. It’s an amazing job and we are preparing something big.

Trip and Mission to Guinea-Bissau

We can go to Guinea-Bissau with a humanitarian mission to help more than one hundred people. We are going to take more than 50 vehicles to deliver to some institutions. It’s an amazing project and it’s a challenge to all Lazy Millionaires League members. Among the vehicles that we are going to take, some are vans and 4 ambulances. We some the cars from some organizations such as some Firemen Department. The vehicle that we purchase are in second hand. It takes a lot of time to prepare since it’s more than five thousand kilometers. We leave Portugal, cross Spain towards Africa. We travel through Morocco, Senegal, Mauritania, maybe Gambia and finally Guinea-Bissau. Just so that you can imagine, we have to be careful because sometimes the streets are very dangerous. At night we have to stop and rest so that we can wake up early in the morning and carry on. In terms of logistics, it’s also very complicated since there are too many people involved in this mission. This is the reason why we wake up every day and like what we do. He can work with all Lazy Millionaires members and the people from Empower Network. His goal is to help people and he enjoys it more than making money. This mission fulfills his life.

What he likes more about these kinds of mission is not the final result, it’s also the path he takes to get there.  This is a very beautiful line of thinking. Lazy Millionaires community helps collecting all the resources that we take with us in this journey. We take medicines, books and other important resources. But it’s not only Lazy Millionaires members that participate. It’s also their friends, family and remaining community. We get the books from local schools that also help us. Guinea-Bissau is the 15th poorest country in the world and we feel the responsibility to help them, since we speak the same language. Last year’s mission was a success. When we arrived there with all 50 cars, all the people were really happy. Even the Government ministers were there. This time, I’m sure we will make the difference and these people’s lives. I always talk about having a big Vision and that we can affect others with it. I already had this idea of helping others but then I met Nuno and he affected me and his Vision that was bigger than mine when it comes to help others. We incorporated his Vision in the project and now it’s our Vision too. The universe of the Lazy Millionaires is so much more than earning money. When I met Nuno and he told me about his mission to Guinea-Bissau and showed me the photos, I envisioned myself doing it too.

“It’s easier if we do it together and the impact will be bigger.”

This year is our second mission and I had never imagined that we would do this kind of mission. It’s all thanks to Nuno and Rita. Nuno argues that it’s all thanks to the group because it would be much more difficult to do it alone. This is a philosophy that can be used either in our personal and professional life. There are lots of people outside Lazy Millionaires that want to joins in this trip, just so you can see how big this is. In this moment, the mission is open to all of the people that might want to join us. It’s an amazing opportunity to change mentalities and making this mission we are giving people a chance to help others since there are lots of people that want to but don’t know how to do it. It’s a group mission. It’s a life changing experience for us and for the Guinea people. It’s very important to share the idea that everyone can make a difference in someone’s life. It’s easier if we do it together and the impact will be bigger. The cars are all bought by us. That would be very difficult to do it alone since there are 50 cars. I can only be thankful to Nuno for bringing this vision to our group. We can affect others with his ideas. Guinea-Bissau it’s not our only project. In only 2 years, we achieved so much. It’s amazing that people outside Lazy Millionaires are willing to join us and help in helping others even though they don’t have any business relations with us.

How I met Nuno.

Rui Gabriel is a friend that I and Nuno already had in common before Lazy Millionaires. When Rui went to his office asking for his help, they hadn’t seen each other for 4 years. Rui asked Nuno if he could help him deliver to the community what he was earning. He knew that Nuno worked with social actions. Rui told Nuno that he wanted to donate one hundred thousand euros to Nuno’s social actions. Nuno was very surprised and Rui also added that he wanted to donate that every year. Rui explained that he was working with Internet Marketing with a company from the USA. Nuno ran to tell his team the big news and all of them were excited and wanted to know what Rui did for living. Nuno called Rui and asked him to explain exactly what he was doing, what he was working on. They had a meeting and Rui explained exactly what attraction marketing, Empower Network and Lazy Millionaires were. He told Nuno something amazing and Nuno was veryinterested in it because he understood that in this business we can help people have the time, freedom and money they want in a short period of time. His vision in thatmoment became bigger: he told that he could help people to have a better quality of life and they would be able to give back by helping the less fortunate, just like Rui did. This is amazing. We are able to empower people to change their lives and the lives of others. Nuno was so interested that he wanted to start his Internet Marketing business in that exact moment.

In order to help others you must help yourself first

He came to this project with Rita and they are very happy because they know lots of people with a big heart. They were able to do lots of things for the society. The only thing we have to do is help people changing their lives. It’s not all about the money. Nuno dreams to have more people contributing since he knows the reality of other countries. Nuno wants all the people that are watching this video to think aboutbecoming a social entrepreneur. Everyone can be important to develop society and Nuno’s vision tells that. Even from a business perspective, it’s important. Nuno has lots of businesses and the money he earns with Lazy Millionaires is not important for him. It’s more important to help others. Nuno and Rita already earned 2 hundred thousand dollars in this business and with that money they can help others. With this kind of money, Rita can take a time off and dedicate to take care of their son. Most of their team members are people that come to them to start businesses to help others. He usually says that if you see someone drowning in the ocean but you don’t know how to swim, you can’t help that person. First you need to learn how to swim so that next time you can help someone who is drowning. In order to help others you must help yourself first. Nuno is a blessing in our lives and we are doing really amazing things. We are just starting, I know it. I believe Rui will continue to influence people.

Nuno has a big Vision and he saw in his head lots of groups in different parts of the world starting one humanitarian mission at the same time, all over the world. In Portugal, we already have people doing it but Empower may have lots of groups doing the same thing because this is the right vehicle to first help yourself and then help others. The most important thing is to learn how to work with technology and the modern way to do things. Enjoy life and help others and you can do it right here in Lazy Millionaires and Empower because the right way is here. We have the methods that you need to change your life and, after changing your Vision, change the life of others.
This was an amazing interview in an “amazing” English but I’m sure you understand what we said and it came from our hearts. I thank Nuno for the interview and his friendship. I’m sure we will continue to change the world.

Thank you all and see you on the next video.

See some of our social work here http://en.silviofortunato.com/lazy-cares/